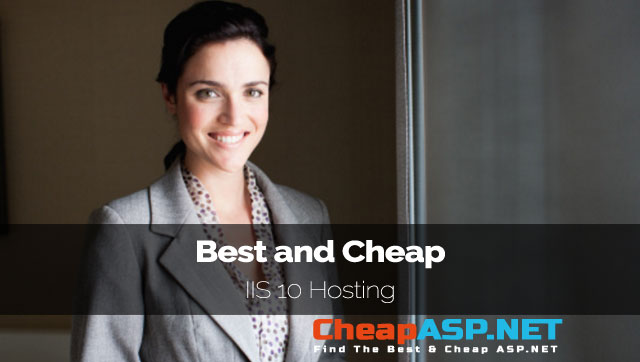 With Windows 10, IIS Team is releasing a new and simplified IISAdministration module side by side with the existing WebAdministration Cmdlets. There are many reasons behind the decision to release an entirely new PowerShell Cmdlet module and here are a few of them:

The version of the Cmdlets they are releasing in Windows 10 is a rough version with room for improvement. Their targeted release is for Windows Server 2016 for the finished and polished product. The reason they release this now is to get feedback from real PowerShell users and IIS Administrators in the industry, answer any questions and receive suggestions about not only the existing functionality but also potentially for new functionality their users would want from IIS Administration as it pertains to PowerShell.

In Server 2016 TP2 and current builds of Windows 10, HTTP/2 is enabled by default, no need to set the DuoEnabled value in the registry, no need for a reboot.

This is a very useful feature that allows you to create a Web Site with a host header value of “*.<domain>”, meaning that you don’t have to create separate bindings for each subdomain you need to bind to the same Web Site!

The WebAdministration module for managing IIS from PowerShell was introduced in IIS 7.5. However, it suffers from several issues, including the fact that it often doesn’t feel very “PowerShelly”. With IIS 10.0, a new alternative PowerShell module has been added, called IISAdministration.

In IIS 10.0, you can now easily specify a custom set of environment variables for an Application Pool, which will be defined for any worker process created from it. This is not supported in the UI, but you can easily add them using the Configuration Editor, or using AppCmd.

Up to IIS 8.5, the logEventOnRecycle property of application pools had a default value of “Time, Memory, PrivateMemory”. This means that when an application pool was recycled for any other reason, WAS (Windows Process Activation Services) would not leave an audit event on the System Event Log telling you about it.

With IIS 10.0, the default value of logEventOnRecycle property has been changed to “Time, Requests, Schedule, Memory, IsapiUnhealthy, OnDemand, ConfigChange, PrivateMemory”, which is much more useful and aligned with our recommended practices.

When using the “HTTP Redirection” feature, you can now tell IIS to respond with an status code of 308 Permanent Redirect.

One feature that the old UrlScan tool had that was missing from the Request Filtering module introduced in IIS 7.0 was the option to remove the IIS Server version header (“Server: Microsoft-IIS/10.0″). The option to do so has now been added back in IIS 10.0 with the removeServerHeader option.

Tracing after Timeout in FREB

IIS 7.0 introduced a fantastic feature known as Failed Request Tracing (aka FREB). However, one issue with FREB was that if you had rules configured for collecting traces based on request execution time, the trace file would get written as soon as the time limit expired. That meant you usually ended up with a “partial trace” that didn’t include all events until the request completed.

There is a new attribute you can configure on your rules called traceAllAfterTimeout in IIS 10.0. When it is enabled, IIS will wait until the request is actually completed before writing the trace file. This option, however, is not exposed in the User Interface, but you can still use command line tools to enable it.

How to Find Best and Cheap IIS 10 Hosting?

With their fully support on Microsoft Windows and IIS 10, ASPHostPortal is the best choice to host your IIS 10 Hosting. Their powerful servers are especially optimized and ensure the best server performance.

ASPHostPortal offers affordable price for all of Windows hosting plans. Customers can start their site just from $ 1.00/mo. They are so confident that you will like their service, so they brave to offer a 30 day money back guarantee on hosting fees. Just cancel before 30 days, and they will refund your entire hosting fee. You can get cheaper price with their hosting promotion and free add-ons too, for more information just visits their official site at http://asphostportal.com.

Their data centers are strategically located around the country to provide their customers with the highest levels of availability, service and support on the market. Their data centers located on US (Washington & Seattle), Netherlands (Amsterdam), Singapore, Hong Kong, United Kingdom (London), Australia (Melbourne), France (Paris). Each Data Center is custom designed with raised floors. Each Data Center is equipped with HVAC temperature control systems with separate cooling zones, seismically braced racks, advanced early smoke detection and fire suppression systems. Their Data Centers are supported by some of the most powerful physical security in the business. They have 24/7 video surveillance, security breach alarms and Biometric thumb print scanners at every entryway.

ASPHostPortal pays much attention in offering unmatched technical support which is available 24 hours a day, and 7days a week. Unlike many other web hosting companies which outsource this part, they have its own support team consisting of professional technicians. All of these people are Microsoft certified, having deep knowledge about web hosting and rich experience in technical support. Therefore, once customers meet any problems, they can be provided with the best resolutions.